HDS Lights It Up Blue Every year the HDS Companies and employees Light It Up Blue to support the Autism Speaks’ campaign.  The Foundation also promotes Autism awareness on social media with #LightItUpBlue and the profile pictures that are updated to reflect support for the campaign.  Employees take signs home to place in their front yards and/or purchase blue light bulbs which not only light up their homes in blue, but is an automatic donation to Autism Speaks.  This campaign’s message is to “Shine a Light on Autism,” and HDS truly shines the light every year.  The Light It Up Blue event was a success as we raised awareness and shared in spreading the message.

At HDS, we are committed to helping raise awareness for Autism and related disorders.  Our founder, Cristina Miranda Gilson created the HDS Foundation inspired by the need she experienced first-hand raising a child with Autism.  HDS Foundation was established to serve as the catalyst to bring resources to families with Autism and related disorders. We also partner with high schools like Cypress Bay Senior High School to create social skills classes, preparing high school students for post-secondary education.  The Foundation and its program seek to identify the peripheral needs of students with ASD-related disabilities, who are looking for a college degree and to live an independent college life, furthering the Foundation’s mission aim at   mentoring, achieving and living.  Check out our photos below! How do you #LightItUpBlue? 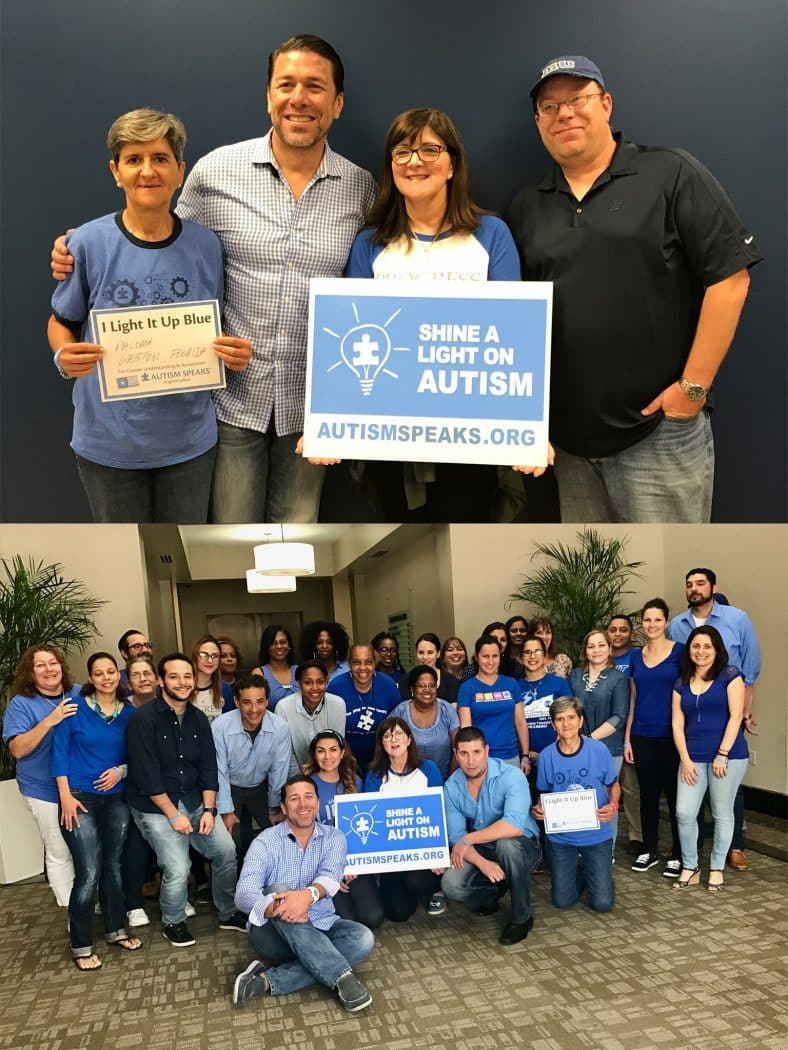